gallery Dear Adoption, We Don’t Have Adoption Issues, We Have an Issue With Adoption 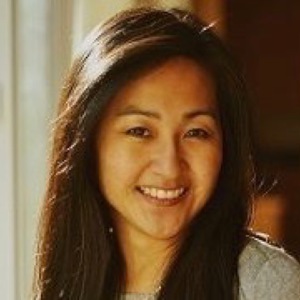 Dear Adoption, We Don’t Have Adoption Issues, We Have an Issue with Adoption

“For every family created by adoption, another family exists that has been forever torn apart, either across the street or across the globe.”

–Janine Myung Ja, Compiler of Adoptionland: From Orphans to Activists

To the profitable industry: we, “orphans,” do not have adoption issues, we have an issue with adoption. As a global member of the adoption community since my adoption in 1972 and founder of Adoption Truth and Transparency Worldwide Network, I am writing on behalf of adopted people and human rights advocates who have been abused by your system.

The reason I am writing is because of an urgent need to inform indigenous families of your aftermath should they buy into your system. I have recently learned of the problem within the last decade but have been researching since 2004. The issue has to do with your transnational movement of children under the veneer of charitable “services.” The problem is that you have the monopoly on the world’s children: you collect children from mothers, fathers, and less empowered communities and then expedite them overseas to fill your fiercely demanding and profitable market. Typically, after a natural disaster or perusing poorer regions, you are initiated and perpetuated by well-dressed evangelicals who want to “help vulnerable, at risk or troubled families.” It is not uncommon for your followers to set up compounds or orphanages or work in conjunction with boarding schools to offer “aide” to less empowered families. Then your followers offer the bare minimum so that the childcare facilities remain rundown and have little choice but to relinquish their children to your rich paying customers.

It is not uncommon for your loyalists to claim ownership of the children, send photos of isolated children to overseas contacts and into the arms of their “approved” families. While you strip native mothers of their offspring, you also permanently wipe away the future welfare of these women into their elder years. Did you know that the children of those nations typically become the family’s social security? Essentially, you alter mother nature for overseas consumption, using a fallible man-made market. What gets me is how proud you are! You love to preach! You love to flaunt! Yet, you refuse to listen.

–A Korean Father from: The Search for Mother Missing: A Peek Inside International Adoption

As you already know, babies and small children are unable to articulate their human right to know and at least have access to their families of birth. Your scheme ignores all rights enshrined in international human rights treaties.

What is most disgusting? Your needy one-sided system was built to prevent mothers and fathers of-loss, families left-behind and the adopted from ever reuniting—even into the future—when the adopted person is elderly. Furthermore, the parents and families and communities of these children are ousted from the discussion and policymaking. As a consequence, your victims have no authority outside of your marketplace to request for aide. In fact policymaking was built and maintained, and regulated by those who profited—the most elite among us: Adoptive Applicants, adoption facilitators, and their trainees who claim they speak on the behalf of us—their so-called “orphans.”

“Based on the letters mailed back to the pastor, the [adopted] children reported being afraid during their journeys and saddened by the loss of their families. Many admitted to having a hard time transitioning from the city to the country. As adults, many felt angered and resentful after being assigned to live with strangers.”

Your privileged group fiercely ousts those of us who attempt to find back our families (and the devastated parents waiting for their children) from attending adoption conferences and a seat at the global discussion. Worse, when we ask permission to speak our truth, your devotees and followers stigmatized people like us as if we are radical, “anti-adoption” or even “anti-God.” You do whatever possible to stain our reputations, glorified by your name.

Your workers are typically dressed in the most sweet and professional wrapping and presented with the friendliest of smiles! It can be very difficult to see that your people are constantly assessing the situation for those they can target, looking for the moment to introduce you to “sinful” women who might consider relinquishing. You are presented as if a temporary educational program or a short-term Bible camp in “God’s Country” or as if a “win-win” for all.

Your loyalists fear that if they do not abide by your rules, they risk being sent to “hell” or punishment. Then, the taken child are photographed and legally presented on your website photolistings, catalogues and magazines as if “waiting to be adopted.”

I strongly urge for you to repent to all the families you have permanently separated. Instead of promoting yourself, work toward justice for native citizens, parents of loss and families left behind. Stop painting all adoptive parents as good and better and stop stigmatizing all mothers (of loss) as sinful and immoral. Dear adoption, if you want to help the situation, I recommend that you first acknowledge the damage you have inflicted. You cannot help others heal until you recognize that you are the issue which needs to be addressed. To hear what other adopted people are saying and doing, I suggest you pick up the anthology Adoptionland: From Orphans to Activists. From there, you will come to know that we do not have adoption issues. We have an issue with you, adoption industry.