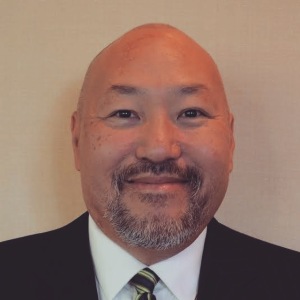 From the earliest age to middle age—and possibly beyond, as the oldest of us transracial adoptees move inexorably towards old age—physical appearance issues are intensely challenging for us as transracial adoptees. Even from our youngest ages, we look around ourselves and are constantly sent the message that we do not fit in, we do not look right, there is something wrong with us.

Certainly, that was my experience as a Korean adoptee, growing up in near-total whiteness in the Midwest of the United States, in the 1960s and 1970s. Even though I was adopted along with a twin and we grew up together, apart from a few other Korean adoptees and a very, very few other children of color (including none at all in our grade school and no more than a handful in our junior high school), I had an intensely alienating experience when it came to my own physical appearance.

Now, in groups around transracial adoption in which I participate, both online and in person, we can all share a language that includes vocabulary terms like “mirroring,” meaning when transracially adoptive parents give their children daily or at least frequent, visual and physical access to other people of color, including adults and children of their own races. Well, mirroring—apart from seeing my twin and a very few other adoptees and children of color—by and large was not available to me.

And as a result, I ingested the constant messages from society that privileged certain types of appearance, always, always white, and often, more specific than that—northern European, and especially the classic “Nordic” or “Aryan” look—blond- or light-haired, with very pale skin and northern European features, on tall bodies of a limited number of shapes and sizes.

Being a short Asian boy with dark eyes and jet-black hair, there was absolutely no way I was ever going to fit in and be accepted for how I naturally looked. And the message was constantly this, though no person ever said it to me explicitly: that I looked very, very wrong, and that there was something wrong with me at some very profound level—but that there was nothing I could do about it.

So of course, I internalized the racism and the oppression inherent in this situation. I don’t know that I ever felt I was ugly, per se—the way all of this manifested in me was that I felt alien. Like a Martian. And completely outside acceptable norms of appearance.
Being stared at in public, especially when with my white parents and fellow Korean twin brother, compounded the difficulties for me. When we went out in public, it felt to me internally as though we were viewed as some kind of circus sideshow. No one in Milwaukee, Wisconsin, in the early 1960s saw us as a family.

Dating in high school, with the exception of a few very awkward and embarrassing exceptions, simply didn’t happen. And even coming out as gay in college only shifted things, as even in the gay male context, I was too “exotic” to be acceptable in terms of my physical appearance to the vast majority of potential romantic partners. And I also ended up becoming an object of sexual fetishism for some—a classic problem for people of color of all orientations.

Many, many chapters have unfolded since my childhood, teenage years, and young adulthood. And I was and am fortunate to have found a wonderful life-partner, with whom I’ve been together for many years now. But even so, it has taken me literally several decades to heal myself from the alienation of self that took place early on because of my racial differentness and the experience of that differentness in the context of near-total whiteness as a child.

Most of all, it was almost impossible to come to terms with my face, an Asian face, as a child and young person. Every single message in the larger world told me that I looked wrong. And even in the mainstream news and entertainment media, I had virtually no mirrors. The only Asian men I was aware of in the entertainment media as a child were George Takei, as Lieutenant Sulu on the original “Star Trek” series, and Warner Oland—not even a real Asian!—as Charlie Chan, in the Charlie Chan series of movies. And Oland as Charlie Chan was a total caricature, while Takei, despite his excellent acting ability, had so little to work with as Sulu, that he was virtually a cipher dramatically. And that was it, really. Remember for context that the 1960s was a time when one still saw truly cringeful and awful depictions of Native Americans in the old “cowboys and Indians” movies and television shows, and don’t even get me started on how Black people were portrayed!

Decades later, I have come to as much peace with all of this as I think I’ll probably ever achieve. I am absolutely not a victim, and I have a wonderful life, filled with rich and meaningful experiences. The fact that I internalized the racism all around me (yes, despite loving, caring parents who did the little they could to try to shore up my and my twin brother’s self-confidence around our looks) simply added layers to the complexity of my journey. And ultimately, my physical appearance issues contributed to my passionate sense of mission around educating the white transracially adoptive parents who are willing to get out of their comfort zones and learn what they need to learn in order to more optimally parent their children of color. In that context, I am a very strong advocate in sharing with white transracially adoptive parents that they need to do whatever they can to raise their children in racial diversity, and to provide their children with daily mirrors of people of color, including of adults and children specifically of their child’s race.

So the bottom line is this: I experienced profound alienation as a child from my own face and body because of my racial isolation as a transracial adoptee (and, to answer the question I get from virtually every transracially adoptive parent with whom I discuss this subject, yes, it helped somewhat psychologically that I had a biological sibling of my own race, but no, it didn’t “fix” anything, and, being twins actually intensified the exotification of my identity and our identities). And it has taken me several decades to work all of this out for myself. So I am deeply motivated to try to help transracially adoptive parents, especially white transracially adoptive parents, understand these issues and incorporate their understandings into their parenting, so that the littlest transracial adoptees who are growing up now do not experience what I did.

Indeed, my ability to “pay it forward” through sharing my story is something that I find deeply satisfying, if I know that I can in some small way make the lives of transracially adopted children who are growing up now, even a tiny bit better.

I am fine, and I hope they will be fine, too. But this issue of self-acceptance of one’s physical appearance, as a transracial adoptee, is a very, very deep and complex one. And though I have purposely focused here on my own personal experience, I have yet to meet an adult transracial adoptee with whom I’ve discussed this subject, who has not shared with me that s/he also has at least some version of this issue as well.

So yes, let’s talk about looks—not in the superficial and objectifying way in which most discussions of physical appearance unfold; but instead, let’s talk about the profound impact on physical self-esteem of growing up as a transracial adoptee in whiteness (whether total, near-total, or even predominant), and its resulting layers of complexity and challenge. And I would challenge white transracially adoptive parents to get as far outside their natural zone of comfort as humanly possible, and connect with adult transracial adoptees, and learn about this issue, because it is one that can affect transracial adoptees every single day of their lives, at different levels, and in different ways, from infancy and toddlerhood all the way through adulthood. It’s real, it’s intense, and it’s both skin-deep and more than skin-deep. And my most fervent wish would be that no transracial adoptees would experience this—but knowing that so very many will continue to do so—let’s talk about it. And then do something about it. Thank you very much for reading and considering this.

Mark Hagland is an adult transracial, international adoptee. He was born in South Korea in 1960 and adopted by American parents of Norwegian and German descent. Mark grew up in Milwaukee, Wisconsin, and received his BA from the University of Wisconsin and his master’s degree from Northwestern University. He has been a professional journalist for over 35 years. He has participated in in-person and online forums around transracial adoption since 2000. Mark has contributed chapters to several anthologies on transracial adoption authored by teams of adult transracial adoptees, including “Outsiders Within” (2006), “Parenting As Adoptees” (2012), and “The ‘Unknown’ Culture Club: Korean Adoptees, Then and Now” (2015). He currently lives in Chicago.