gallery Dear Adoption, Don’t Use Me 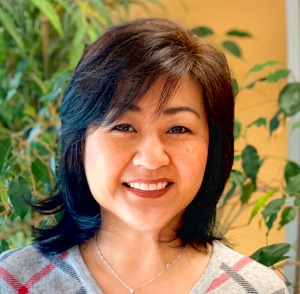 Dear Adoption, Don’t Use Me

When thinking about adoption month, I’ve noticed that adoption agencies have always led the discussions in churches, forums, governments, and communities –as if our (adoptees) opinions and experiences are not important.  We are still not welcome to the table –that is unless we “think like them.”

Today adoption agencies target the LGBT population and even single women to adopt, “before it is too late.” They build platforms with the underlying motive to create forever families.

I’ve also noticed that they don’t ask the right questions. We need to shift the dynamic from adoption agency led topics like these…

…to pertinent issues adopted people are forced to contend with, like:

Do we want to sit at their table? I don’t.

“We cannot solve our problems with the same thinking we used when we created them.” – Quote from Albert Einstein

We now need to lead the discussion.

I’d rather not be used as the token adoptee to make changes within their man-made system which separates families. More adoption training endorsed by the Hague Adoption Convention (HAC) will not stop the violations against mothers, fathers, families and children.

Did you know the HAC counts ten hours of class time as enough training for adopting a child from overseas? Even twenty or forty hours of Hague approved training would not adequately prepare applicants for adoption. How many hours of training classifies as enough?  Wouldn’t the child’s best interest be to keep families together? We can decrease the demand for children by informing the public of real adoption experiences that include all issues—not just give dreamy one-sided and superficial images.

I believe the stories from mothers of adoption-loss can make a difference, yet they are also excluded from the political discussion: “A difficult day for me today….42 years ago today, my son was born in Toronto at the Salvation Army Grace Hospital where I was treated roughly, verbally abused, restrained on a delivery table, literally almost lost my life during delivery, and later told “you can’t see that baby, that baby is for adoption” even though the records (now in my possession) show I said I wanted to take my baby home…I was lied to about his whereabouts, and tricked into signing him into the care of CAS, a form disguised as a Medical Consent which I have in my possession today…I was given the cancer causing drug DES to prevent lactation without my consent…I was literally led to the back door of that hospital upon discharge with no paper, no baby, no counselling, in a state of shock and trauma from which I have never recovered. All because I was unmarried, and for no other reason. I am sharing this today, not for your sympathy, but because I know what happened to me also happened to over 400,000 other women in Canada and we must tell our stories to the world. Because of Adoption Truth and Transparency, we have united with mothers-of-loss around the world in order to heal from the void of our mothers.” ~Valerie Andrews, Executive Director of Origins, Canada

Will prospective adoptive parents and (better yet) society learn from the wisdom of families separated by adoption?

Adoptive parents would benefit greatly if they listened to our experiences. It could save them a life time of pain and suffering: An adoptive mother shared one of her concerns after having adopted: “Our story causes us heartbreak not only because of what happened to our child and her family, but how selfish and naive we were. In hindsight, we genuinely didn’t know–we hadn’t found the forums— I continued to tell the truth.  I am terrified.  We do not have the money to fight.  The agency demanded $75,000 from us for their troubles and their loss of clients. I still hurt for the other families. I still hurt for my child’s mother.” Read her complete story here.

After years on social media, I’ve learned it is not always a safe place to discuss adoption.  We are often hit with many bullets. We attempt to dodge them here and there, but sometimes it can be too much—especially when trying to dodge alone—something we, adoptees, are often forced to do.

We have been hurt too many times by people who have no idea what adoption entails. They often lecture on what to feel, or do, such as, “You should learn your language,” “You should be thankful you live in the US,” “You should be grateful to your parents for bringing you up,” “Respect them, they are your real parents,” “Love comes from the heart, not the blood,” “Just open your life to Jesus, He made the real sacrifice.”

We are also forced into another adoption trap: to remain silent—because everything we say can and will be use against us. But this silence is no longer healthy.

My twin sister, Rev. Dr. Janine Myung Ja, the author of The rEvolutionary Adoptee Collective , is my source of comfort, survival, and therapy. We talk about adoption on a daily basis. I believe our conversations are the reason we are able to survive the frustration and insanity of it all.  Our twin relationship makes me wonder how other ‘adoptlings’ survive navigating the additional burdens alone.

I think that that is the attitude we can use to survive the current adoption discussion.

But It Is Still Hard.

“For many years adopted people just dealt with such matters alone, not knowing that all of us—as a community—have a great deal in common.” – Janine Myung Ja, Adoptionland

How We Became Who We Are:

My twin sister and I were twelve years old when our adoptive father fell 100 feet and sustained a severe traumatic brain injury when his hang-glider folded in mid-air.  Throughout junior high and high school we served as his primary caregivers. Our chores consisted of getting him up in the morning, dressed, into the bathroom for grooming, quickly feeding him breakfast cheerios before leaving for school, and doing little things like turning on and setting the television channel for him. After school we would rush home to take him out on a daily walk: one twin on each side to stabilize his balance while helping him with speech, physical and occupational therapy sessions. Our adoption experience is written by my sister in her first memoir, Twins Found in a Box, Adapting to Adoption , one of the four books she wrote and won awards in this year at Readers’ Favorite, an international writing contest.

Immediately after Dad’s 1984 injury, he used to say, “When I adopted you girls, I had no idea you would be the ones taking care of me!”

Dad is now struggling with dementia. He has lived a long life and I give my sister (and her family) all of the credit for his well-being. She and her husband (together for 32 years) and their two daughters have made sure he has been well taken care of in their home. They have provided doting attention, clean room, and meals. Once when dad got the flu the pharmacist was astounded that he was so healthy that he was not on any medication. This is rare for an 80-year-old+! (I know because I’ve worked with the elderly for almost 25 years.) Without my sister Dad would be languishing in a nursing home with no real family support.

Many adopted people may soon find themselves in this caregiving situation – deciding how exactly will they take care of their elderly adoptive parents.

My sister and I created a space which can be used to expand the discussion on adoption. It’s a place for people separated by adoption to voice their opinion on topics pertinent to people most affected by adoption.

I encourage you to take the survey, Was My Adoption Ethical? And to shift the dynamic, join me at, Let’s Talk Adoption. We can do it. But only together.

Jenette Yamamoto is the co-founder and administrator of Adoption Truth and Transparency Worldwide Network, which is one of the largest adoptee-led groups on Facebook and one of the few to include individuals and families separated by adoption. She also created the adoptee-led, Let’s Talk Adoption Forum, for people who want to keep their conversations about adoption private and away from Facebook.

Jenette has worked in the healthcare field for close to 25 years as a Certified and Licensed Occupational Therapist Assistant with more than 300 hours of continued education. She is a Certified Life Coach trained in the Clinical Anxiety Treatment Professional Program and educated by the Association for Integrative Psychology from Kona University. Moreover, Jenette has been a Reiki Master since 2008 under the guidance and direct lineage of Master Mikao Usui, the founder of the spiritual and complementary healing process.

Jenette proves that you can be a mother at any age. She is a mother of three biological children: ages 28, 20. and 5.

Jenette advocates for the research and writings of her twin sister, Rev. Dr. Janine Myung Ja, because as Jenette says, “I believe everyone should read my sister’s books. They are progressive, thought-provoking, universal truths, and has the capability to change the world for the best interest of future children.”

Jenette is an active board member of Against Child Trafficking USA and advocates for long-lost families to be reunited.