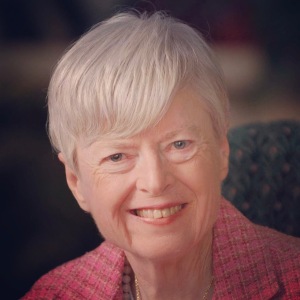 Your whisperings chased me into a corner of my brain. I shook at your sound vibrating the small hairs of my inner ear. Your hordes invaded my mind. I slammed my hands over my ears hoping to make life safe, even for only a moment in time. I shuddered and cried, fearing the battle lost.

“Where are you? Will you always be hounding me in the back of my mind?” I run and run and run until the park trail dead-ends—anything to get away from your virtual synapse repeatings. Your voice is a loud muffle. I couldn’t understand what you were saying. You whispered like cockroaches pursuing their prey. I swatted the air around me. You delivered your ego-smashing punches.

I turned to face you. I’d made a decision. “I’ll no longer run,” I said, with uncharacteristic conviction.

You and your horde wavered. The speed of your threatening mumblings slowed a fraction.

I jumped at the chance to ask, “What did you say? Slow down so I can hear you.” Your murmurings fluctuated. They became clearer. “I will not allow you to suck me dry of my life’s energy.”

Your adoptive hordes quivered.  “You’ll burn in hell,” they whispered.

I began to understand. “Better to burn than to be pursued endlessly into a hell on earth,” I replied.

They shouted, “You ungrateful bastard!”

I smirked at them. “Isn’t that just like you, blaming others when you don’t get what you want?”

As if in a downward spiral, you repeatedly whispered in my ear. “No one wanted you. Your mother was a whore. You can’t do anything right.” And my personal favorite, “You’ll never have anything I don’t give you.” Each statement exploded in my skull, leaving a residue of agony.

I would not be deterred. I put on my big-girl pants. “So that’s why I should love you?”

Your noxious breath blasted into my ear, “Look at EVERYTHING I’ve given you!”

A growl grew within me. “Having material possessions is no match for having self-worth.”

Your angst blew hot. “You think being a bastard gives you self-worth? You were nothing before I came along. Zip. Nada. An illegitimate bastard.”

Fear raced up my spine—from my tailbone to the crown of my head. Will I let you—the horde of adoption—defeat me? I thought about that. I struggled with an answer. When it materialized, it seeped into my bones and became a part of me.

“Your words condemn who I am. I am a beautiful forever soul. It has been with me since the beginning of time. It will always be a part of me.”

You laughed. “Lots of good that will do you with sealed records.”

I saw a brick wall in front of me. Time was on my side. It occurred to me that no surface was impenetrable. All atoms have empty spaces between the nucleus and electrons. “Just watch me.”

The murmurs became a faint whisper. “We’ll be back.”

Emboldened with courage, I gazed into your face and saw the arrogance of adoption. From my vantage point, there was ugliness about you. Perhaps it was the narcissistic quality of your whisperings. Or maybe it was the obsessive-compulsive attributes that your minions exhibit, playing God over the lives of others. In any event, I realized I could no longer walk the same path.

The road divided. I would reach for sunshine and light. “You, dear Adoption, can go your merry way, whispering your dreaded speech to others.”

“If you come back,” I said, “I will change the channel of my mind, just like turning off an offensive television program. I can choose to think about happy things. And I will—over and over and over. Until you leave forever.”

I watched you and your whispering hordes slink away, hopefully to drown in your own suffering. Amen.

Mary S. Payne is an adoptee and an adoption rights advocate for adults who were adopted as children. She began to lobby the Oklahoma state legislature in 1995.

She’s written a two volume set, entitled Adoption’s Hidden History (Volume 1 / Volume 2), available from both Amazon and Kindle. She is currently writing a middle grade novel, based on the life of Lyncoya, a real Indian boy found on the Tallushatchee battlefield next to his dead mother. He was adopted by Andrew Jackson and his wife.