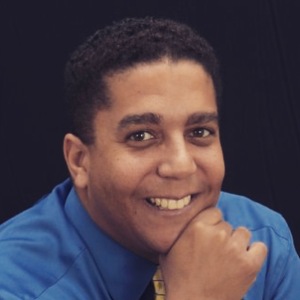 I am a transracial adoptee, born biracial and adopted by a white family 50 years ago.  My vision of the world starts from this perspective.

Last week I sat in a large conference room in a hotel in Gettysburg. The room sat about 300 and all tables, complete with white cloth tablecloths, were full.  We all came to town for our annual conference and continuing education. I took my seat with my co-workers and scanned the room. My hungry eyes searched for others who looked like me. My eyes rejoiced and then were saddened as they came across only two others whose skin was like mine. I immediately began calculating the percentage.

At almost 50 years old this never gets easier. I despise being one of a few. I know what will happen in this type of environment. I wondered who will say something insensitive. What microaggressions will I endure this week that my co-workers won’t notice?

Common figures of speech were uttered that make me cringe.

“He is a slave master isn’t he?”, one new acquaintance jokes, and I flinch. It’s not so much offensive as it is just uncomfortable. I notice people avoid eye contact with me. I wonder if my co-workers are uncomfortable to be standing with one of the few. Very few, if any, will understand why I am uncomfortable so I try to push the feeling to a lonely corner of my mind.

Being one of a few makes me angry, hurt, and sad. No one else will expend the mental energy I will to count the representation of others. Very few will have to push those feelings down and carry on. I do it instinctively and automatically because I have had 50 years of training. And I still don’t like the experience at all.

I was fortunate to have been raised by a white family who understood the importance of me being around others who looked like me. So, thankfully being one of a few was not a common and sustained experience for me when I was growing up. Unfortunately, for many transracial adoptees, the experience I described above (or something similar) is their daily experience. If you have never been in that situation you really can’t understand the weight that comes with the experience. Children of color who attend a school with very few children of color are often asked to be the spokesperson for a race and often endure insensitive comments and stereotypes because to fight against those things may mean they eat lunch alone. Many children of color tolerate unacceptable behavior in exchange for friends. They agree to go along so they can get along. I wonder what that does to a child over time? If you are a person of color who must endure and then accept that people like you are less than, how is it possible for them the have healthy racial identity? How is it possible to have pride in who you are and where you came from?

It feels like some assume that if we put a child of color in a predominately white environment and don’t address race, the pigment will magically fade and eventually they will simply blend in with the white children. That simply doesn’t happen. Study after study on race and child development have shown children notice racial differences before they blow out the candles on their first birthday cake. They recognize early on that Kevin’s skin color is different just as they recognize Margaret is a girl. If parents don’t define what that difference means the cruel kid in first grade will and his definition won’t be as kind.

Studies show children participate in in-group preference by age 8. In-group preference, simply put, is the preference to align with people who resemble you. Who does the only black child in class align with and feel comfortable around? To what lengths will they go to be accepted? If going along with racially insensitive jokes and slights is what it takes to get along, what do you think they will choose?

This is further complicated by the fact that some children of color may be oblivious to the behavior that is often invisible to the untrained eye. So when they are asked if they are slighted they respond no because they are too young to identify it or put words to it.

BE PURPOSEFUL! Design ways to put transracial adoptees in touch with others who look like them. Within these connections they’re able to learn about their culture; the connections help them to form positive views about who they are and others like them.

After a week of being only one of a few I returned home and I exhaled. It was good to be around other people of color who experience life as I do. I can’t imagine not having that outlet and as professionals, and parents of children of color neither should you. Their pigment will not just blend in or wipe off; we must create environments in which children of color can blend in and simply be.

Kevin D. Hofmann is an accomplished writer and public speaker who has a passion for pushing forward the conversation of race. His book, GROWING UP BLACK IN WHITE, shares his unique experience of growing up as a biracial child adopted into a white family, living in post-’67-riot Detroit. He is the proud product of an affair between his white biological mother and black father; he often jokes, he has been “genetically engineered” to talk about race.

Appearing all over the United States speaking, his perspective and light-hearted, yet contemplative view is sought after by many. Kevin has been interviewed by NPR and Nightline ABC and is quickly becoming a trusted voice in the area of race and diversity/inclusion.

DA, has selected GROWING UP BLACK IN WHITE as our current FEATURED BOOK.