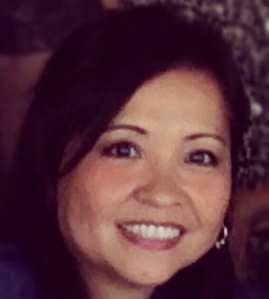 Dear Adoption, Our Relationship is Complicated

Our relationship sure is complicated, isn’t it? We certainly are inseparable, whether I want it that way or not.  Let’s go back and review. We first met when I was about 2 years old. After being in two different orphanages in South Korea in the early 60s, you came into my life and off we went to meet our new family in a suburb south of Seattle. There was blonde hair, blue-eyed Dad who was all American – loved God, country, family, job and home; and there was Mom – a petite Japanese-American who grew up in Hawaii and who already gave birth to a son but now wanted a daughter very much. She was a rebel in that not only did she break her own cultural norms to marry my Caucasian father, but she wanted to adopt a Korean baby! Her family made it clear that they weren’t happy with either of her choices. But in time they came to accept both Dad and me. Then there was my brother – my parents’ biological son. He was nine years old at the time that you and I came into the picture. He was happy to have a baby sister to play with and to tease…endlessly. He and I had the typical brother-sister relationship…lots of teasing, fighting, playing together, annoying one another – mostly the big brother feeling annoyed by little sister.

Dear Adoption, you knew I was very sick as a baby. I had suffered severe malnutrition before being adopted and brought with me rashes, sores, boils, and a croupy cough. I was so affected by my medical condition at the time that Mom thought I was developmentally delayed, and in fact, the orphanage had indicated in one of its letters that because of severe malnutrition and disease, it was a strong possibility I could be developmentally delayed. Many years later, Mom explained to me that when I was first adopted, she wanted to send me back to the orphanage and get a healthy baby. But Dad talked her out of it. It was good that Mom was a Registered Nurse, because she nursed me back to health. Once I was healthy, any concerns they may have had about my development were laid to rest.

Dear Adoption, I didn’t know you existed until about the age of 4 when Mom tried to explain you to me. Basically, it came down to the fact that she really wanted a daughter. She had heard about all the orphans from Korea that were waiting for a family to adopt them. She was told because there were so many orphans, they were making the adoption process as easy as possible to encourage families to move forward with adoption. And then it seemed once she explained you to me, I started to hear all about you over and over again! Many times while our family was out somewhere, I would hear Mom go into our story – yours and mine, Adoption…the what, the when, the who, the why, the details… As I got older, I don’t know why, but I found myself disliking the reminder that I was adopted, of hearing the story over and over again to people we knew, as well as strangers. In my young mind, all I wanted was to be like everyone else, and being adopted was being different. I felt that because Mom was Asian, it would be easy for people to assume I was my parents’ biological child, and that would be that – no explanations needed. But being different would be as much a part of me as you are to me, Adoption. Being Asian and growing up in a neighborhood, church, and school that were all predominantly Caucasian set me apart as different. As a child, I dreaded being different. Many of my classmates made fun of me, calling me “Jap” or “Chink”. I would tell them I was neither, that I was Korean, but they had never heard of Koreans before.

Dear Adoption, as I got older, I realized that you mean many things – good and bad – to many people. For me at this point in my life, I can honestly say that I see mostly the good. I’m not sure where I’d be right now if you didn’t exist for me. Most likely I would be dead. Because of you, Adoption, I was loved and cared for, all my basic and material needs met, and overall, I had a pretty great childhood. And yes, I am thankful for you. But it’s not all black and white. That’s why I say our relationship is complicated, because with you, Adoption, I have layers upon layers of different emotions and experiences that are not all good, and in fact, some are painful. Some of those painful parts have taken years to acknowledge, understand and address. When a baby is separated from its birth mother and family, there is a deep sense of loss – from both the birth family and from the baby. When a baby is adopted into another country, especially one that is very different from its origins, there is loss of culture and heritage. Loss of identity.  Then there is the issue of true belonging. It wasn’t that my family made me feel that I didn’t belong. But I knew from a young age that I wasn’t biologically related to them. And yet I really wished I were. Because in my mind, there would not be any question from anyone, including myself, whether I truly belonged. I also felt that I had to always behave especially well so as not to make my parents ever regret that they adopted me. As I got older, I also learned that it was common for you, Adoption, to be associated with stigma and often cast in a negative light, and at times, I experienced some of that firsthand. And then there are the questions – even when I don’t want to think about it, but they are there: Why was I given up? What was the situation with my birth mom? Who is my birth mom? Is she still alive? Has she thought about me all these years? Is she searching for me? What about my birth father? Do I have siblings? Do I want to search for birth family? What is my medical history?

Dear Adoption, because you took me to a place where there weren’t many others that looked like me, I struggled with my identity for a long time. All throughout my childhood, I wanted to be like and look like everyone else around me, which at the time, was not Korean. I wanted to have blue eyes, blond hair and I wanted to be tall! I did not like how I looked. I was not interested in Korean culture, and to this day, I still feel a disconnection with my Korean heritage in that I don’t know much about Korea, the culture nor the language. I felt like a Caucasian American on the inside, but clearly, everyone else saw me as Asian. I am often asked by strangers where I’m from, or they will comment that I speak English very well. I find that and other assumptions a bit off-putting. It is recorded in history that there were a handful of Chinese merchants residing in the United States as early as 1815. So for at least two centuries, there has been wave after wave of immigrants who settled into the U.S. from Asia. Many became citizens and assimilated into American culture, resulting in generations of Asian-Americans. And the majority of them have been or are as “American as Baseball and Apple Pie”. That’s why I don’t understand why most people, upon seeing me, immediately assume that I’m a recent immigrant from Asia.

Dear Adoption, I have had my stages and moments of angst and struggles with you – and I suppose with the whole adolescent thing as well, but now that I’m older, and quite far in my journey, I’d say I’m in a good place, and have been for probably the last 15 years. Looking back, I see it as a slow progression that consisted of the love and support of family and friends, my growing faith in Christ that started at an early age, a general maturing, and plugging into the Asian adoptee community, and specifically with the Korean Adoptee (KAD) community. While the Korean adoptees I’ve met come from or have different social/economic/political/religious perspectives, there are still many things that we can relate to with each other that a non-Korean adoptee can’t quite understand.

Dear Adoption, while I didn’t have a choice to have you as part of my life, and there are times when I don’t want to think about you, the fact is, you are very much part of my life – the good, the bad, and the ugly. But in my case, the good far outweighs the bad and the ugly. For me, you are not a badge of honor, nor are you a badge of shame. In my journey with you, Adoption, and in my journey with life in general, I have come to accept who I am and embrace the fact that I’m different from many of those around me. In fact, I like having many layers to me and I like that I don’t fit the stereotype. I believe it makes me an interesting person with lots of flavor!  Yes, Adoption, our relationship is complicated, but mostly, it’s good.

Brenda was adopted at the age of 3 from Seoul, Korea but was first admitted to an orphanage in Pusan, Korea. She grew up in a suburb of Seattle where she currently resides. She is married and has a two grown children. She works as a contracts officer at a nonprofit organization. Brenda enjoys spending time with family, hiking, bicycling, trout fishing, music, singing, playing guitar, reading, cooking, eating and traveling.