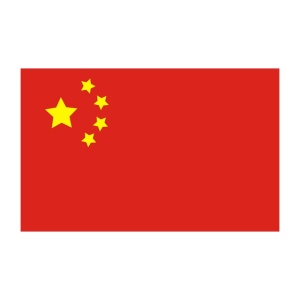 Dear Adoption, Please Own Your Mistakes

I’ve done many things I regret and everyone I know has done things they regret. Accountability is really important. Acknowledging our wrongs is hard but necessary. It’s humbling to admit we have done wrong. Nobody likes it but we do it for integrity and to build trust.

Whether you intended harm or not, you should apologize for any harm done.

Adoption, I believe your intentions were good. Who doesn’t want orphans to have families? Only a monster, right? Who doesn’t want to give every child a warm, safe home ripe with opportunity? Your intentions don’t matter when so many families have been torn apart and so much hurt has been inflicted and you can’t even look them in the eye and say you were wrong.

Look, we know you have regrets. The best way to handle regrets is to own them. We all have them. You have helped many. You have hurt many. Owning your mistakes and corruption would tell the world you are not the baby hungry, financially greedy, arrogant beast you come off as.

Adoptive parents, churches, and adoption fans are so offended and become so defensive when we adoptees share our personal pain, losses and point out the things you’ve done wrong. Why?

I think adoptive parents, the church, and adoption fans feel threatened. I think they are well aware of the issues in adoption, the blurred ethical lines and how traumatized any person separated from their family and culture would be.

Know better and do better.

Instead they pretend not to know and go on loudly defending you while quieting the truth they do know.

You can roll your eyes, accuse us of being ungrateful, continue on arrogantly claiming your adopted children won’t turn out like us and keep promoting a severely fractured system.

You can say our parents did wrong, but you are doing better.

You can say we were all orphans who would have suffered and died.

You can say we have emotional problems not linked to adoption.

You can say we are angry and bitter and need to get a handle on life.

You can say everyone in the world has hurts and ours are no different.

You can say God told the church to care for orphans and in order to follow His command you must first rip apart families and cultures without any consideration of helping them in a way that doesn’t end in you bringing home a baby.

You can say you needed a baby.

You can say that baby needed you.

You can say you are mostly good.

You can say whatever you want, but we know you know better.

We know you’re defensive because you know better.

We know your frustration stems from guilt and fear that every adoption, possibly even your adoption, wasn’t entirely ethical. Maybe it was ethical but maybe it wasn’t.

We know you are worried that if you stand up for what is true and right now people will think you don’t love your children. Maybe you should start thinking about what your children will think? They will be the next us.

Own your mistakes. We all make them. You cannot be afforded the luxury of turning a blind eye any longer.

Seriously you look so foolish claiming you’re always good all of the time. Take a look around. You aren’t.

Humble yourself and take ownership of your wrong doings because that is something we can respect.

Burying your head in the sand is not is good look.

Please own your mistakes. We know you don’t like us, grown up adoptees. So don’t do it for us. Own it for them, own it for your children. They’ll be us very soon.

This piece was submitted anonymously by an international adoptee from China. K.N. currently resides in NYC with her husband and is caring for her aging adoptive parents. She is infertile and longed for a baby for nearly 2 decades before becoming a foster mom because she believed this to be the biblical way to care for orphans. Her “coming out of the fog” occurred after listening to fellow adoptees and researching unethical, unchristian adoption practices in the US and other countries. She has no hope of finding her own Chinese family, but hopes to help others reunite. K.N. is determined to shift society’s inaccurate view of adoption as a fairytale into a more accurate depiction so less families and people are destroyed.